What Is WakeUp!® Made Of

WakeUp® ! formulation is based on 4 main functional and natural standardize extracts: 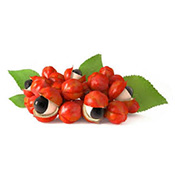 Guarana
For mental and physical health support (only 10 mg of natural caffeine).
A climbing bush from the Amazon forest. Contains Guaranine, a molecule similar to caffeine, but is released slower in the body (3-6 hours). A comparative study conducted at an Australian university*, has shown that Guarana was clearly more effective than caffeine in mental and physical stimulation. The awakening effect of caffeine wears off after 60 minutes and creates increased fatigue, whereas, the Guaranine continues to be effective for 180 minutes and more without any decline. In addition, Gurana’s stimulating effect is not followed by the tension and lack of concentration typical of caffeine. 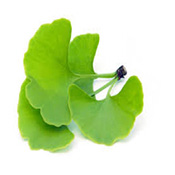 Ginkgo Biloba
For blood circulation, mood and cognitive performance support
The world’s most ancient (200 million years) and widely researched tree. Studies* have demonstrated its contribution towards an improved quality of life. Ginkgo Biloba is a powerful antioxidant that was shown to support blood circulation and assist in delivering oxygen to the body and brain, thus it may effect concentration, mood, fatigue and response rates. 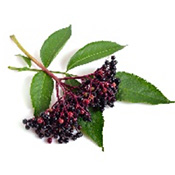 Elderberry
For immune system function support.
Elderberry, also known as the “medicinal tree” grows in the US and Asia. Its flowers were shown to have anti-viral and antioxidants effects. These effects contribute to the proper function of the immune system, and promote the body’s first line defense. 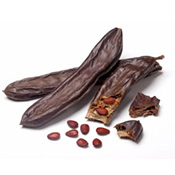 Carob And Apple Extract As a Sweetner
A natural, low glycemic sweetener exclusively derived from fruits
A unique fruit sugar that helps manage fatigue in general and P.L.D in particular. A drop in blood sugar levels is common during midday hours. Maintaining a constant sugar level, can reduce a decline in energy levels and enable better, longer lasting physical and mental results.

WakeUp®! formula has been clinically shown to significantly increase vigilance, focus and work performance scores on subjective tests and cognitive function and word recall in objective tests compared to placebo during the post-lunch dip. The clinical study also evaluated the effect of WakeUp®! versus caffeine. The results demonstrated that WakeUp had a sustained performance effect at 2 hours, whereas caffeine effects waned at the same time. There were no effects in heart rate or blood pressure. A second additional open label study also showed improved daily performance when WakeUp®! was taken consistently, and disappearance when the product was discontinued. A third study tested acute use of WakeUp®! in the morning and evening and showed statistically significant improvements in vigilance, focus, work performance and cognitive function compared to before drinking.